Work has also taken place on a further application - the Navi-Parteien-Check (political party checklist) for Germany's upcoming Bundestag elections in 2021. The development of a new Wahl-O-Mat (Germany's official voting advice application) is intended to enable voters to compare the weighting of their own individual goals with the fundamental goals of the different political parties. The Internet tool that is already in the application is of a simple design. Five abstractly formulated goals are offered to the undecided voter: equal opportunities, equal performance assessment, self-determination, environmental and nature conservation, and international responsibility. With the help of a scale, the voter states how important each of these goals is for her. On the basis of this information, the Navi-Pateien-Check suggests three political parties which have similar priorities. However, Prof. Rüdiger von Nitzsch emphasizes that the ranking should not be regarded as a recommendation for voting in the upcoming elections but that it should be seen as an overview of the different parties' prioritizations and as an impulse for voters to reflect on their own values. 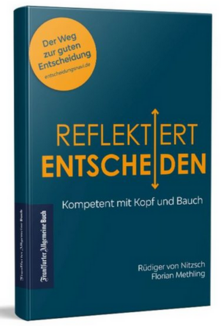