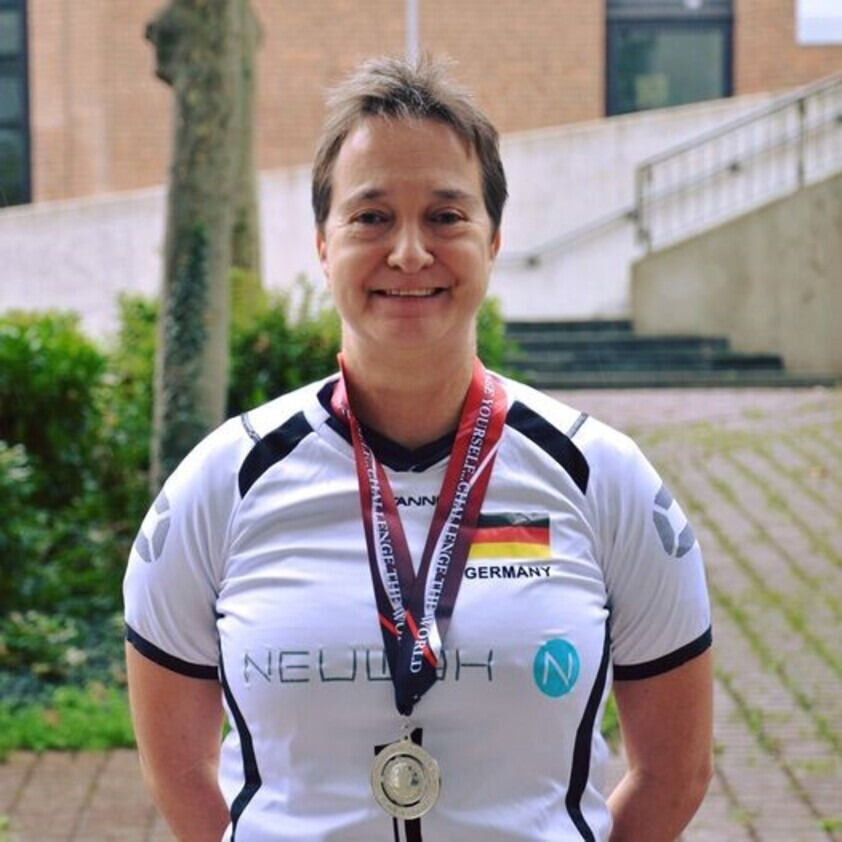 Although sport plays no role in her job as manager of the School of Business and Economics, Bettina Rollersbroich's private life revolves around volleyball. Ever since the 52-year-old came to team sports at the end of the 1970s following a tip from her sports teacher, she has stuck with them. Until 2009 she played for the Ladies in Black Aachen team as Libera (an extremely responsible position within the team) - even playing in the 1st Bundesliga with the team. After various other sports career stages, she now plays with SV Neptun/SG Aachen. As Betttina Rollersbroich puts it: "A ball has always fascinated me".

Bettina Rollersbroich completed her sports studies at the German Sport University Cologne by gaining a "Diplom" degree ("But I didn't want to become a teacher!"). After studying to become a qualified public administration specialist in Cologne, she came to RWTH Aachen University in 1997. Since then she has pursued her passion as a hobby.: She has collected a total of seven German championship titles in senior sports (twice for indoor volleyball and five times for beach volleyball). In 2019 she became vice world champion as part of the Ü50 indoor national team in the USA. "That was a real highlight, and it was only against our US hosts that we had to admit defeat in the tie break in the finals". Another highlight was certainly her being named Sportswoman of the Year 2019 in the Düren region.

Although Bettina Rollersbroich has been thinking about quitting since the beginning of this year - partly because of the difficult Covid-19 conditions - she and her sports partner Ute Frantzen were able to take first place again at the German Beach Volleyball Championships 2020 in Berlin. "That really is enough, now. I've achieved everything I could have ever hoped for in volleyball," she says. "Maybe I'll give table tennis a try".